Summer's over. Back to 'normal' after a week in bed with malaria and a great break in France's volcanoes region. I also spent a few days with the family in Marseille. How disappointing to see my city of birth sliding ever more into absolute chaos. The local's lack of respect for pretty much everything (including and mostly themselves) is staggering. Lunatics on the road, filth on the pavement, constant flow of people wanting something from you when you sit at the terrace of a cafe, people fighting in supermarkets car park over a parking space... far away from the Provence postcard. Even the arrival/departure at/from the airport is a disgraceful shamble. The people of Marseille think they are big criminals deverving respect because they park in the middle of the street and get away with it. In fact, the reason they get away with it is because the local authority is led by proper crooks, letting the people park in the middle of the street as long as nobody looks too much into their own business. I was once told Marseille was a 'rough diamond'... more like a rough piece of charcoal.

I anticipated Somaliland's independence when I started The Other Africa, including it in my 54 countries list of African nations. Today, South Sudan makes it 55. Just as I am about to go to my 10th African country (for The Other Africa) and thought I would now 'only' have 44 more to visit! It'll be great visiting Juba anyway and I am already looking forward to it. More logistics and more sponsors!!!

I heard that my ticket to Malabo will be issued soon... so fingers crossed I'll be there next weekend. My visa's being processed. I should be in Malabo for the end of the exhibition. I will pack the photos with great care as they are going East next. I also need to do a thorough inventory as I understand some photos have been damaged during shipping between Ghana and Equatorial Guinea.

I had diner with Dr Mohamed-Rashid Sheikh Hassan, the Somaliland foreign affairs minister, this evening. It looks like the next exhibition will take place in Hargeisa. This is a very exciting prospect but the sponsor chase is starting again (not that it ever stopped really). I included Somaliland in my list of countries when I started The Other Africa. The opportunity to go there to photograph and possibly exhibit demonstrate how far the project has gone since 2005. An eventual show in a nation looking for international recognition would go far beyond the simple photographic exhibition.

The exhibition of The Other Africa in Malabo starts tonight. This is the third exhibition of the project in Africa after shows at the Alliance Française in Accra and Kumasi. This latest exhibition will take place at the French Institute ICEF which is one of the main cultural hubs of Equatorial Guinea. As it stands I am not sure I will be able to go before the exhibition ends, on July 17th. I am trying my best to go to Malabo for the end of the exhibition so I could wrap up the photos properly before they start their next journey, probably to Eastern Africa.

Going to Malabo would also give me the opportunity to photograph there to develop the project further. It would be the tenth African country visited: nearly a fifth of the project done. Finally, going to Equatorial Guinea would be a great way to see it and judge it for myself. I have a good friend in Malabo who left London to go back and live there. He seems very happy and full of energy to try and start his own business, as the local economy is booming. What I hear from my friend could not be more different from the usual reports I get from Equatorial Guinea in the Western media. I have long learnt not to take the media too literally but the facts are there and difficult to ignore. Maybe is there also another side of the story which is not reported as it is so often the case. I hope I can find the sponsor(s) needed to take me there before the end of the exhibition.

I'll post photos of the exhibition's opening as soon as I receive them, probably on the project's Facebook page first.

I have finally found the time to re-do my website. It took me 6 years, but better late than never. I will try to keep this page as active as possible and use this space to post regular updates... it'll be a mix between a website and a blog (a blogsite?). You'll find here news about my projects, well, mostly The Other Africa which takes most of my time and all kinds of ideas for new projects, Links to photographers and projects I like or general discussions about issues I am interested in. 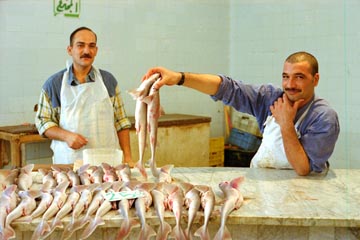